Apparently, 2019 is the Year of the Elderberry in the Harp household. I’ve been having so much fun trying new, unique elderberry recipes this season! (Catch up on this series of posts if you haven’t already read the recipes for elderberry gummies, Instant Pot elderberry syrup, and elderberry tea.)

While browsing various recipes, I saw the idea to replace part of the water with apple juice and add fresh apples to the elderberry syrup pot. I thought, “why not add extra cinnamon and use all apple juice instead of water?”

One unique thing about this recipe is that you can also reduce the amount of honey in the syrup, because apple juice is already sweet. Although, the honey helps the syrup retain its shelf life, so we are still adding 1/2 cup of honey to this recipe.

The flavors of apples and cinnamon are just quintessential for fall, aren’t they? That’s one reason I love adding them to my elderberry syrup. You can also use this apple cinnamon version to make your elderberry gummies!

This type of elderberry syrup is even more nutritious than the original, because it’s enhanced with everyone’s fall favorite – apples! We all know that “an apple a day keeps the doctor away”, but here’s why they’re so great:

Cinnamon is also a star in this recipe, and has many benefits such as:

Remember to use genuine Ceylon cinnamon, which has more benefits and is lower in the harmful compound coumarin (found in higher doses in cheaper Cassia cinnamon). Find organic Ceylon cinnamon below:

What type of apple juice to use in this syrup?

You can use any type of apple juice in this recipe. Preferably, use organic or fresh pressed apple juice.

The best kind of juice is local, or at least sourced in the US. There have been some concerns in recent years over apple juice from China containing higher levels of arsenic and other questionable food safety standards. Learn more here.

Another great option is to use apple cider, which can often be purchased at local apple orchards in the fall season. Cider differs from juice in that it’s typically unfiltered and sometimes raw, whereas apple juice has often been filtered and pasteruized.

If you don’t want your syrup quite as sweet or apple-tasting, you can use half juice half water (or whatever ratio you prefer). Just make sure you have 6 cups liquid total to make this elderberry syrup.

What type of apples should I use?

You can truly use any type of apples in this syrup! I like dicing the apples into chunks and adding them to the syrup while it cooks.

Another great idea is to save your apple peels in the freezer for this purpose. This reduces waste and adds extra flavor! Preferably, use organic apples if you are using the peel. Or at the very least, wash the apples thoroughly with a fruit and veggie wash or mild castile soap.

The main reason we are adding apples and apple peels is for flavor – remember, the finished syrup will be strained.

Here are some of my favorite kinds of apples to try:

The recipe process is exactly the same as classic elderberry syrup, whether you’re making it on the stovetop or Instant Pot. Just swap the water for apple juice, add chopped apples, and plenty of cinnamon!

First, make sure you use great quality elderberries for your syrup. If you aren’t aware already, elderberries are wonderful immune boosters full of antioxidants – that’s why they’re so popular during cold/flu season. Here are the kind I use:

For stovetop syrup, simply add dried elderberries, apple juice, apple chunks, and spices to a large pot and simmer for around 30 minutes before straining and adding honey.

For Instant Pot syrup, add all your ingredients, lock the lid, and cook on Manual high pressure for 7 minutes before releasing pressure, cooling, straining, and adding honey.

How long is the shelf life? Can you freeze elderberry syrup?

Shelf life. The only downside to making apple cinnamon elderberry syrup is that apple juice/cider doesn’t stay fresh that long. The recommendation shelf life for apple juice is around 10 days.

Since we are adding honey, which has some natural preservative qualities, I’m recommending stretching the shelf life of this syrup by a few days (2 weeks total). Plain elderberry syrup lasts for 2 months though, so there’s a significant difference between the two.

Your apple cinnamon syrup might stay fresh longer than this – I’m being conservative for the sake of writing this blog post as I’d rather be on the safe side. As of this writing, I’ve had the apple cinnamon syrup in my fridge for 3 weeks and it’s still going strong! Use your own judgement on this.

Freezing. One of the things I like best about elderberry syrup (of all kinds) is that it freezes incredibly well! Just leave 1-2 inches of space in the storage jar for expansion in the freezer.

Once your syrup is cool, you can freeze it safely for up to a year. To thaw, simply place in the fridge and it will be ready to use in 24 hours. Keeps fresh up to 2 weeks in the fridge.

Below are the recipe cards for both stovetop and Instant Pot apple cinnamon elderberry syrup. If you enjoy the recipe, please leave a recipe rating in the comments (it really helps the blog grow)! 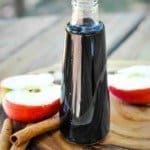 Honey should not be used for infants younger than 1 year of age. 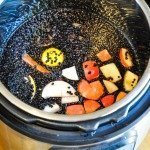 This apple cinnamon elderberry syrup has tons of apple-y flavor and immune boosting health benefits. Even better, it's made in the Instant Pot to speed up your syrup making process!

Do not give honey to infants under 1 year of age. 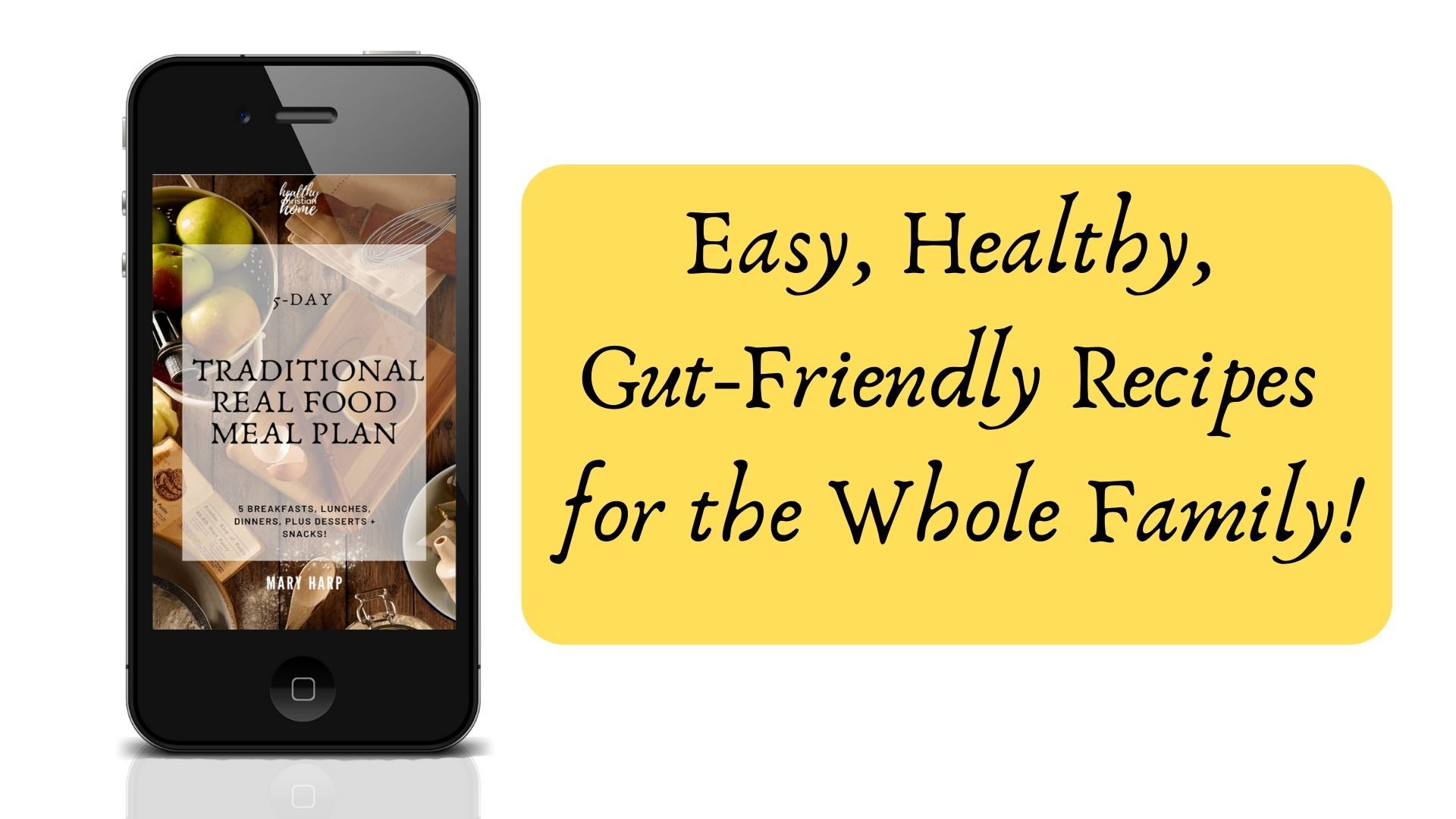 What’s your favorite kind of elderberry syrup? Classic, Instant Pot, Thick, or will you love this Apple Cinnamon version?